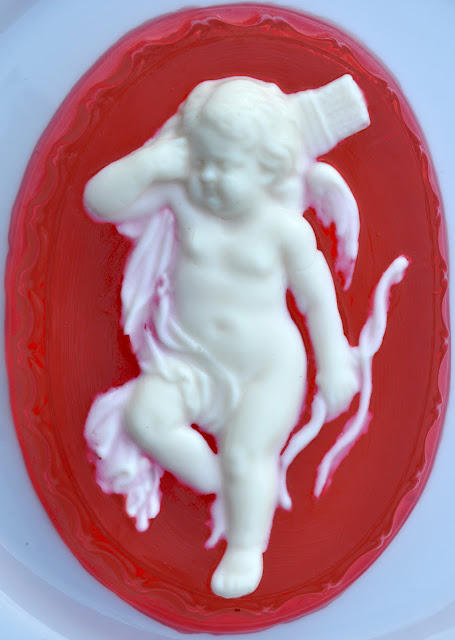 I would not be telling the truth if I said that the photograph above was of an antique cameo or gemstone. It is in fact an edible jelly in the form of Cupid made from a late eighteenth century English ceramic jelly mould. Amazing isn't it? John Flaxman in jelly, or dare I say it - Luca della Robbia à la gelatina!


It was one of a number of moulded foods that I made for an event at Middlethorpe Hall near York on the 2nd October. This was the third food history/lecture demonstration for the York Civic Trust that I have presented at Middlethorpe, a wonderful Queen Anne house, now run by the National Trust as an hotel. On previous occasions I have held sessions on historical chocolate (2009) and Georgian ice creams (2010). This year I looked at  English jellies and flummeries from the middle of the eighteenth century to about the time of the Battle of Waterloo.

The dish illustrated in the photo at the top is made with strawberry jelly topped with white flummery (blancmange). First of all some cold, but still liquid flummery, is very carefully brushed into the part of the mould modelled as Cupid and allowed to set. Then the rest of the mould is filled with the fruit jelly to create a transparent red plinth for the cupid to sit on. The mould used to make this extraordinary dish was made at the manufactory of Josiah Wedgewood in the 1790s. The finished effect is not dissimilar to that which Wedgewood achieved with his celebrated jasperware ceramics, though in this case the art work is completely edible! In the last decades of the eighteenth century, Wedgewood issued a number of creamware jelly moulds based on gemstone designs dating from antiquity, like that of the lion playing a lyre in the photograph below. 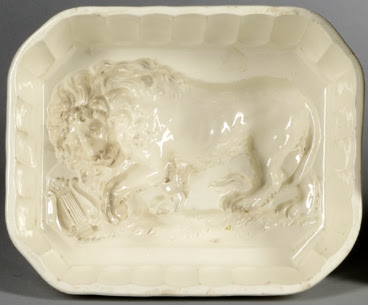 These moulds were almost certainly designed to create cameo-like jellies and blancmanges in high bass-relief, some with quite extraordinary sculptural detail. Here is another Wedgewood jelly from the Georgian period I made at the Middlethorpe event - this time in the form of an agricranion. 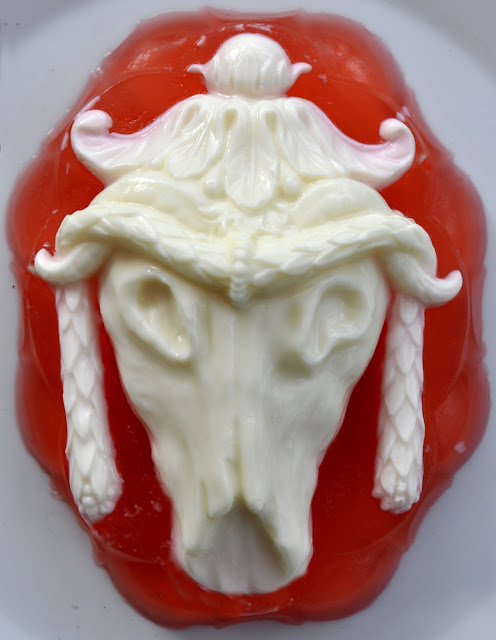 One of the most popular of Wedgewood's flummery moulds turns out this wonderful pineapple. The design was imitated by just about every other ceramic and copper mould manufacturer for the next hundred and thirty years. 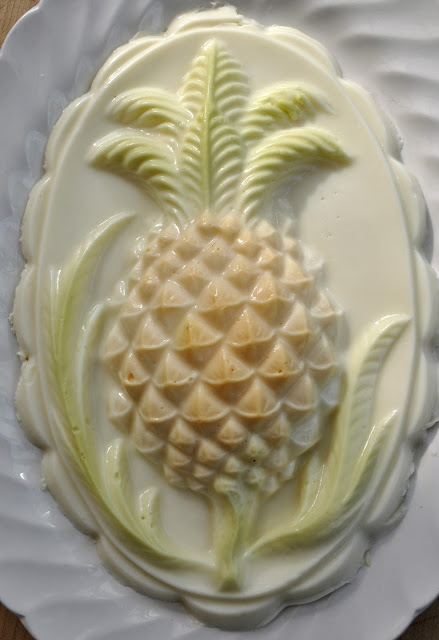