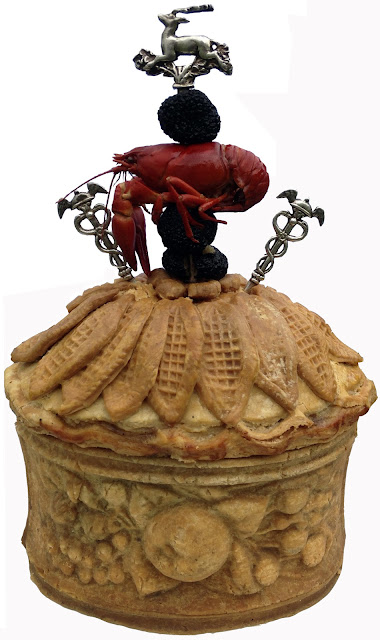 The images on this page are of food produced by attendees on my two most recent courses, with a little help from me! I do try to convey to my students that standards of food and presentation in the past were frequently very high and that one of the best ways to understand this is to work with original equipment in order to replicate dishes that convey the staggering beauty of much of our ancestors' food. Appearance was everything!

But taste was pretty important too - look at this delicious nineteenth century pie, garnished with truffles and crayfish in the image above - and marbled with truffles, pigeon, capon breast and turkey when cut through. We had it for our lunch on my moulded foods course last Sunday - it tasted as good as it looked. I made eight pies like this last week - all different - for a BBC drama production set in the early nineteenth century. They were all spiked with silver hatelet skewers and ornamented like the one above. You might get a glimpse of them when the programme goes out at Christmas, but more on that later on. 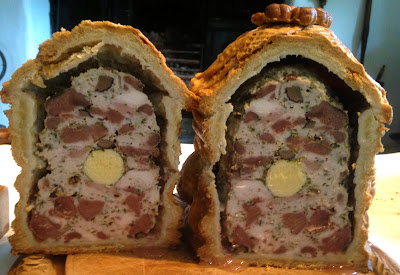 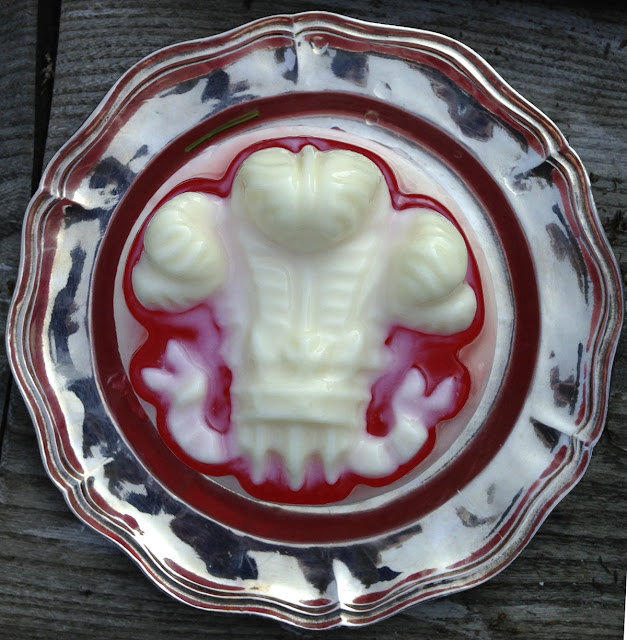 A jelly in the form of a Prince of Wales Feathers made with a rosewater flavoured blancmange above and a raspberry jelly below. 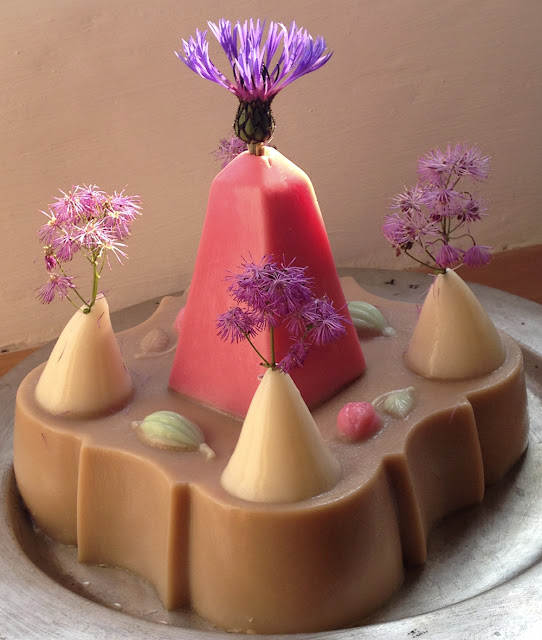 My current obsession - Mrs Elizabeth Raffald's 'Solomon's Temple in Flummery' made in a 1790s Staffordshire mould. The first one we turned out on the course failed because I was not concentrating when I turned it out. But we made another the next day - the one depicted above - and that came out perfectly, looking like some beautiful alien being from another planet with its garniture of fresh flowers. 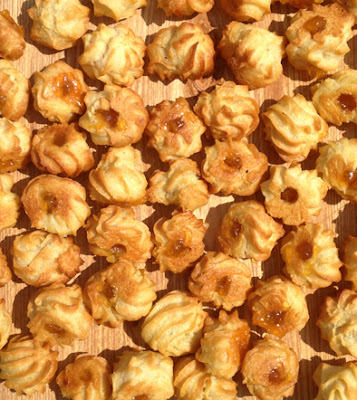 We used these tiny profiteroles filled with apricot preserve to make a delicious profiterole pudding, a moulded custard very lightly set with gelatine and flavoured with kirsch and muscatel raisins poached in syrup. The recipe we used was from Jules Gouffés The Royal Cookery Book (London: 1871). Rather like a cold luxury bread and butter pudding, we made it in a tall and quite spectacular stepped mould. There are over fifty profiteroles embedded in the soft rich custard. Because they give strength to what would be a weak towering structure if they were not present, the profiteroles allow the jelled cream to be a very light one, giving it a nice soft mouth feel.

The finished profiterole pudding was delicious. It was served at dinner with two other moulded dishes made on the course; an iced cabinet pudding and a raspberry jelly surmounted by a blancmange portrait of Queen Victoria. Here they all are after a marathon unmoulding session in my kitchen. The iced cabinet pudding is in the centre. It is embellished with maidenhair fern fronds and surrounded by garnish ices made of muscadine water ice, a delicious lemon sorbet flavoured with elderflowers.

On my moulded food course last weekend, one of the students brought along a lovely wooden sugar mould for pressing out  a small grapevine design in gum paste she had recently bought on ebay. But she was unsure how to use it. Just for fun I taught her to use it to construct a Wedgewood style Jasperware plate entirely out of sugar. With the use of a few other moulds belonging to me, we made the components to make it into an impressive edible taza. 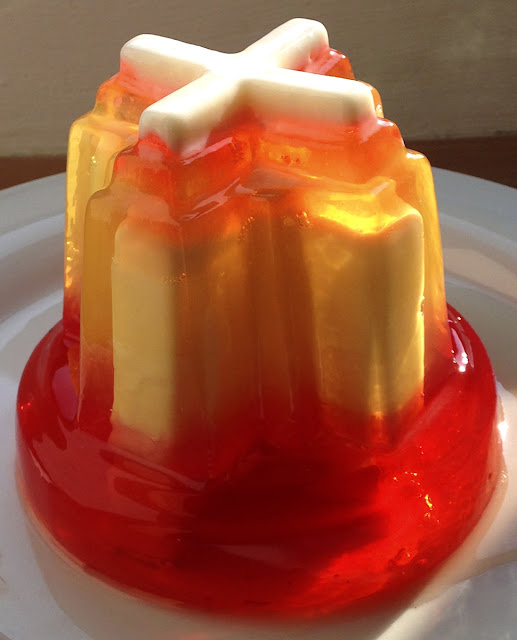 Some of my students collect antique moulds and want to learn how to use them. Though few would be able to make this Alexandra Cross jelly. Although surviving outer moulds in this design are not uncommon, the internal liner required to make one with the Danish Flag running through it is extremely rare. So it was a great experience for them to make this crazy Victorian set piece dish, which they had all heard of, but never seen. For those of you who might like to have a go at making food of this quality, I will be publishing my 2014 course schedule on my website and on this blog in September.

If you found this interesting, you might like to have a look at an earlier posting with lots more beautiful food which I have made.