Nowadays, we tend to eat biscuits with beverages like tea and coffee. But in the past they were an important element of the dessert course and were dipped into sweet wine. Particularly popular for this purpose were various sponge biscuits, often made in long thin shapes so they fitted easily into the narrow wineglasses of the eighteenth century. Thus the elongated form that sponge fingers, boudoirs, champagne biscuits and langue de chat continue to have to this day, though most of us have forgotten why they are this shape. Other kinds of biscuits printed with patriotic motifs were particularly popular and some were designed to commemorate a special event, such as 'Union Biscuits', which celebrated the Acts of Union of 1800. Biscuits with royal connections were particularly widespread. Prince of Wales Biscuit was a hard, unsweetened biscuit stamped with the emblem of the prince's feathers. These were made commercially by professional biscuit bakers like Werringtons of Oxford Street and a number of other city confectioners. The Yorkshire confectioner and tea dealer Joseph Bell, who claims to have worked for George, Prince of Wales, published a recipe in 1817 - 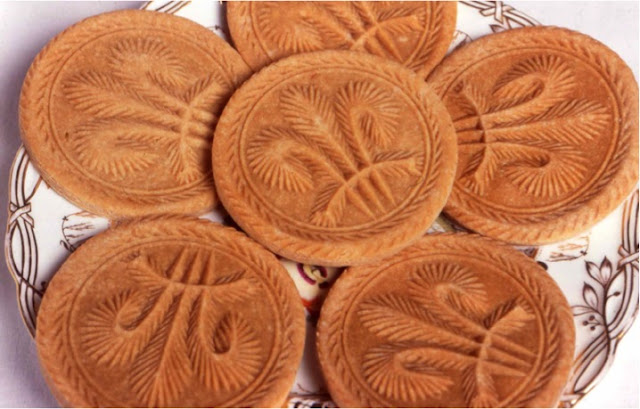 1 lb butter, and 3lb 8ozs of flour. To be mixed the same as hollow biscuits; and to be stamped with the princes feather; they must be pricked with a fork; and baked in rather a slower oven than the others.

From Joseph Bell, A Treatise of Confectionery (Newcastle upon Tyne: 1817).


There were also biscuits associated with two of Prince George's brothers - Prince Frederick, Duke of Albany and York (1763-1827) and Prince William, Duke of Clarence (1765-1837), who succeeded George to the throne in 1830. York biscuits, invented to commemorate the marriage of the Duke to Princess Frederica Charlotte of Prussia in 1790 continued to be made well into the twentieth century. The earliest recipe I have found dates from 1817 and again is from Joseph Bell's marvellous collection.

1lb butter, 8 oz. of sugar, 3 lb of flour. Rub the butter into the flour; then add the sugar, and mix it up into a stiff paste with milk; rolle the paste out about a quarter of an inch thick, they must be cut square and stamped with a proper stamp of the happy union and baked in a good oven.

From Joseph Bell,  A Treatise of Confectionery (Newcastle upon Tyne: 1817). 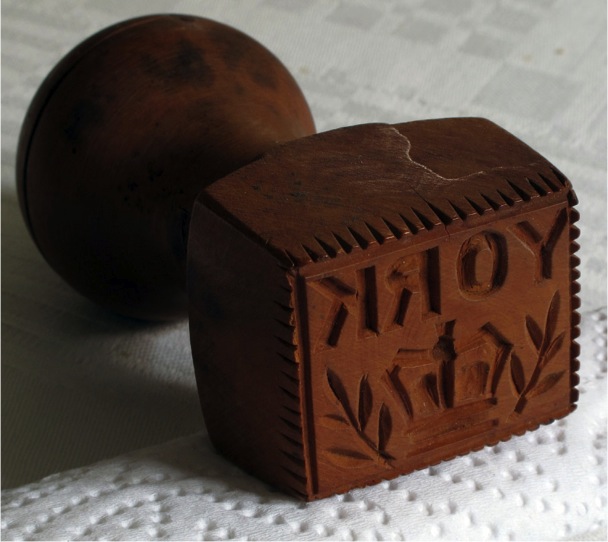 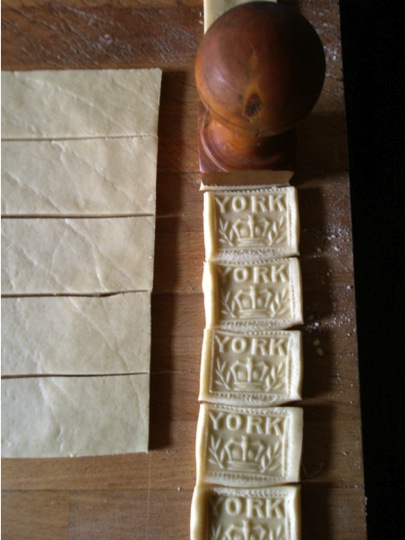 I recently acquired a boxwood print used to make a biscuit commemorating George's brother William, who succeeded him to the throne. As well as a crown and William's cipher it is decorated with an anchor, a reference to William's strong connection to the British Navy. In fact he was often known as 'Sailor Bill'.

Another recent acquisition has been a biscuit print with a strong connection to George III, father to all three brothers - the Prince Regent, the Duke of York and the Duke of Clarence. It is carved with a royal crown and engraved with the words Royal Volunteers Biscuit. The use of the long s - rather like an f, dates this print at some time before 1810. Volunteer militias were raised throughout Britain during the Napoleonic Wars. Perhaps these were enjoyed in the officers' mess with a glass of wine, though probably not of French vintage!