This is a mini-posting to answer a question put by Elise Fleming as to what I meant by a 'biscuit break' in my last article Some Regency Biscuits. Well, a 'break' or 'brake' was a piece of equipment used by bakers for kneading bread and biscuit dough in large quantities. They seem to have been utilised by professional bakers since at least the fifteenth century and probably earlier. They consisted of a 'brake-staff' or long pole, usually attached to the wall with a metal swivel. The 'breaksman' or 'brakesman' simply worked the pole up and down over the dough by using the brake-staff like a one man see-saw.

George Dodd, in Volume V of his extraordinary series British Manufacturers (London: 1808-1881) tells us that in making ships biscuit,

'The dough was‥taken from the trough and put on a wooden platform called the break. On this platform worked a roller, called the break⁓staff.‥ One end‥was loosely attached by a kind of staple to the wall, and the breakman, riding or sitting on the other end, worked the roller to and fro over the dough, by an uncouth jumping or shuffling movement'.

This 'uncouth jumping or shuffling', also known as 'riding the brake'  is illustrated perfectly in the following engraving, a detail from the decorative title page of John Penketheman's Artachthos (London: 1638- reprinted 1748). 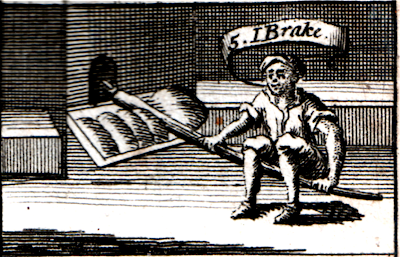 Pentketheman's book is a guide to the assize of bread. His frontispiece illustrates what he calls the 'thirteen arts' of the baker's trade, braking being the fifth. Here is a scan of the frontispiece from my own very nice copy and the explanatory verse which accompanies it. 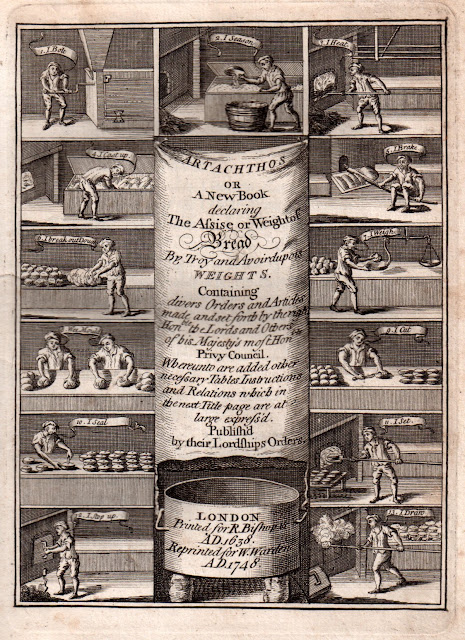 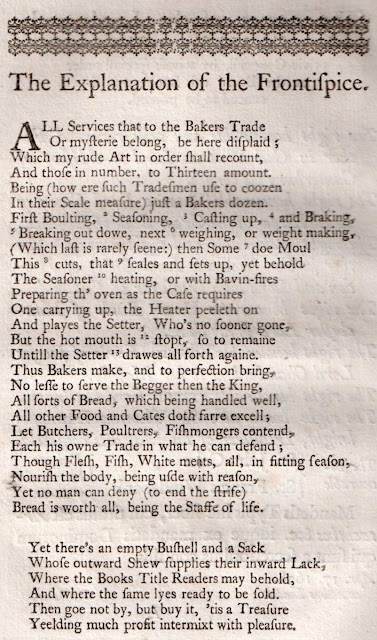 Biscuit brakes of this kind were still being used in the early twentieth century, though many of the larger-scale bakers had been turning to mechanised roller breaks from the middle of the nineteenth century onwards. The use of a break produced a very, very fine textured dough, ideal for the uniform result wanted with biscuits, particularly those that were to be printed with a design. 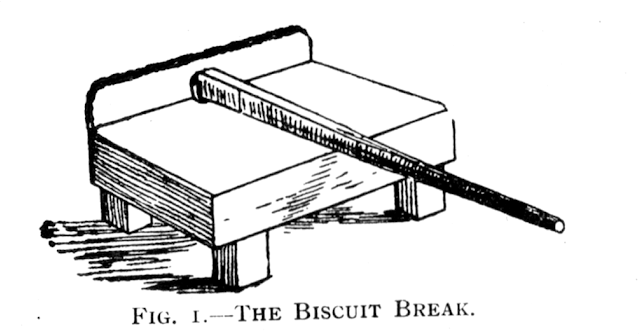