In 2015 I was commissioned by the Getty Research Institute to produce a replica of a sugar table centrepiece designed by the eighteenth century French cook and confectioner Menon. The designs first appeared in Menon's illustrated manual on confectionery La Science de Maitre d'Hotel Confiseur (Paris: 1749). My large scale pastillage version was displayed in the seminal exhibition The Edible Monument curated by my friend and colleague Marcia Reed, chief curator at the Research Institute. Marcia's stunning illustrated book The Edible Monument should be on the bookshelves of every food historian. I first displayed a version of this at Fairfax House in York in 1998 at the exhibition The Pleasures of the Table, so it has been around the houses - York, LA and now Detroit. The original piece is still used for the Christmas dining room display at Fairfax House.

If you were unable to get to York, or did not see the exhibition in Los Angeles, The Edible Monument is currently on show at the fabulous Detroit Institute of Arts (see details at the end of this post). But for those of you who cannot get to the DIA, here is a short video about my contribution to the show.


I am in Detroit in early February and will be presenting a number of events at the Grosse Pointe War Memorial and at the DIA itself.

Saturday, February 4, 2017, 10:30 a.m.–noon. Two part seminar and demonstration
I am afraid the this is a private event only open to to members of the DIA’s auxiliary group, the Visiting Committee for European Sculpture & Decorative Arts (VCESDA). If you are a VCESDA member here is a link for more details of the event - Ivan Day Sugar Sculpture Event. If you are not a member, you can see what I will be making below. Details of how you can become a VCESDA can be found on this page of the DIA website.

Part 1: Using a set of original 18th-century wooden moulds and equipment, I will demonstrate how to make the sugar figure of Neptune below. 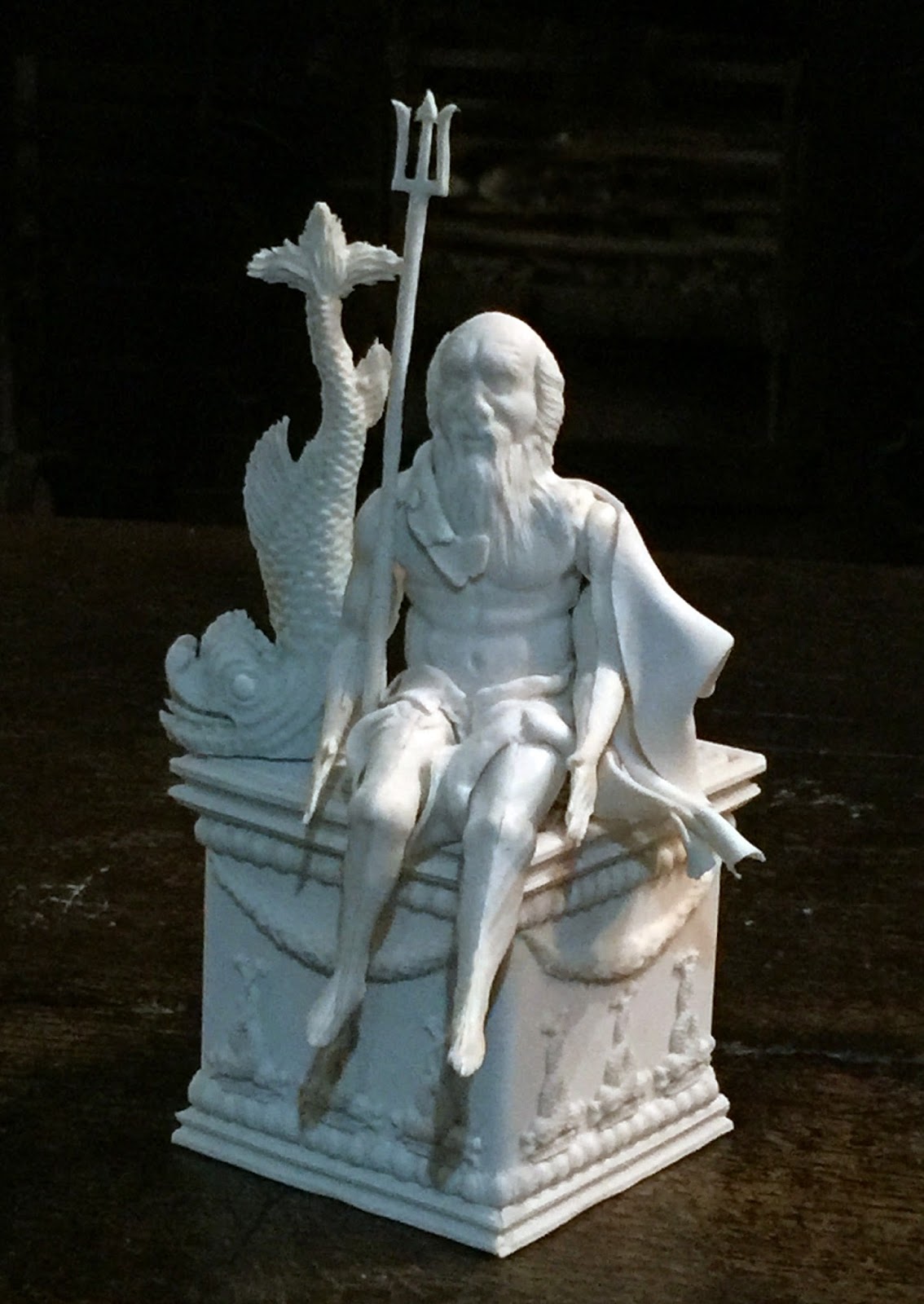 Part 2: Using original moulds and equipment I will demonstrate how to make the Renaissance style sugar tazza below in the style of Giulio Romano, the Renaissance painter, architect and protégé of Raphael. 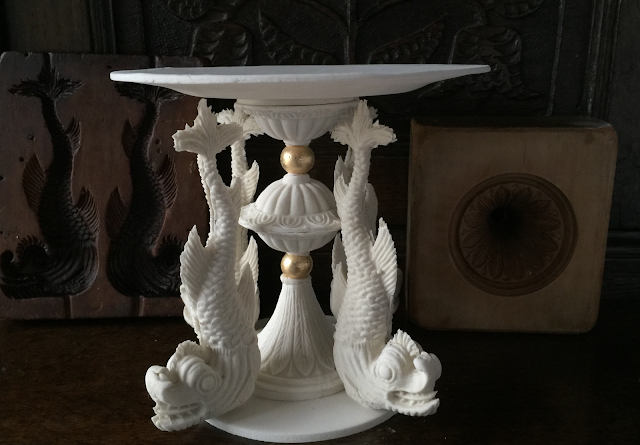 This is my main event. I will outline the evolution of sugar sculpture and other forms of table art from the Renaissance to the 18th century. Beginning with gilded sugar coins distributed at fifteenth century Italian wedding feasts and continuing on to papal displays of sugar trionfi, I will introduce the materials, equipment and methods used by past masters of such edible ephemera.

Using traditional tools and techniques to create a white gingerbread sculpture. Everyone is invited to take a close look into this unique art form and a limited number of participants will be able to create their own small sculpture to take home as supplies last. This program is in conjunction with the special exhibition The Edible Monument: The Art of Food for Festivals on display through April 16, 2017. This is a family event, free with museum admission. For further information, call 313.833.1720.


The Edible Monument Exhibition: The Art of Food for Festivals - through Sun 16th April 2017
The Edible Monument includes about 140 prints, rare books and serving manuals from the Getty Research Institute collection and private collections. The artworks illustrate in lush detail the delectable monuments and sculptures made of food that were an integral part of street festivals as well as court and civic banquets in Europe in the 16th to 19th centuries. The exhibition has been organized by the Getty Research Institute, Los Angeles.

Public celebrations and street parades featured large-scale edible creations made of breads, cheeses and meats. At court festivals, banquet settings and dessert buffets featured elaborate table monuments made of sugar, flowers and fruit. These edible sculptures didn’t last long, but images of towering garden sculptures and lavish table pieces designed for Italian and French courts have survived in illustrated books and prints, many of which are featured in the exhibition.

The exhibition includes a monumental sugar sculpture based on an 18th-century print. “Palace of Circe” by sculptor and culinary historian Ivan Day is set on an 8-foot table and features sugar paste sculpted into a classical temple with sugar statues and sugar-sand gardens. The figures were meant to impart the consequences of gluttony with a story about the ancient Greek hero Ulysses. When he landed on the island of Aeaea, his men were so greedy that the sorceress Circe turned them into pigs.

By the mid-17th century cookbooks and guides to the new skills and professions of carving and pastry-making were published. Copied and plagiarized, they became models that spread throughout European court culture. Examples of such books are included in the exhibition, such as one by Bartolomeo Scappi, the “private cook” to Pope Pius V; Joseph Gilliers, the dessert chef to King Augustus of Poland; and Juan de la Mata, court chef to the Spanish kings Philip V and Ferdinand VI.

This is another wonderful exhibition at the DIA.

Bitter/Sweet: Coffee, Tea & Chocolate is the first exhibition at the Detroit Institute of Arts to engage all five senses. In addition to seeing art, you can touch, hear, smell and even taste coffee- and tea-related beverages.

Detroit Institute of Arts Website
Posted by Ivan Day at 17:52